RSA 570-A was in the news recently (see "Judge: Audio from Ring doorbell can be used as evidence in Rochester shooting case", Union Leader, March 5, 2020 <accessed March 6, 2020>). According to the article, prosecutors sought to introduce audio recorded on a Ring video doorbell as evidence. The defendant's public defender objected, saying that use of the audio would violate RSA 570-A. New Hampshire is a two-party state where every party to a conversation has to agree to being recorded. The judge, Mark Howard, ruled against the defense and, according to the article, used "the legislative history of New Hampshire's wiretapping statute [from the 2012 amendment] to help clarify his statements." See the order here.

Legislative history in this situation refers to the documents and other materials produced as a bill makes its way through the legislative process. Legislative history is used to help determine the intent of the legislature in enacting a law. In New Hampshire, legislative history materials may include the bill as originally introduced and any amendments, committee files, and audio and transcripts of testimony in front of committees, records of proceedings in the legislature both written and audio/video, and statements of purpose included in the law itself. We're very fortunate in New Hampshire that much of this material is available online. Below are screenshots of some of the information available online about HB 127-FN 2012, the bill that created the 2012 amendments. Find this yourself by using the Advanced Bill Status Search on the General Court's website. Enter the session year (2012) and the bill number (hb127) and you'll see the results as shown below.

The Bill Docket gives you a roadmap to the bill's progress through the legislature. You'll see when the bill was introduced, when the committee hearings were held, and when the bill came to the floor of the House and Senate as well as other information. 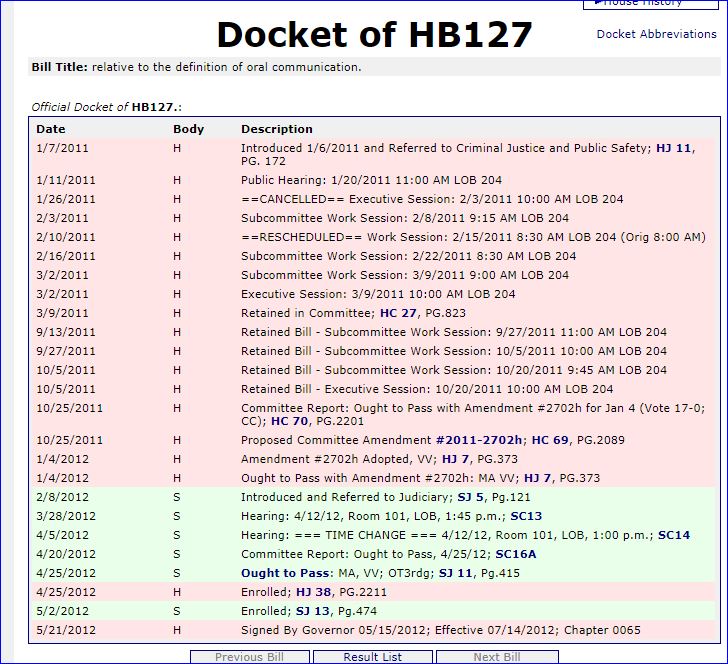 The Audio files are recordings of the Senate hearing on the bill.

The Bill History link takes to you the digitized House and Senate committee files: 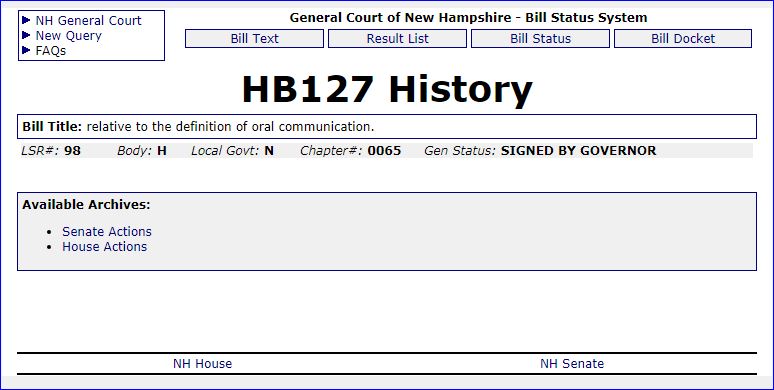 To listen to the debate on the floor of the House and Senate, you'll have to use the General Court's streaming media link on NH.gov. Use the bill docket to find the dates when the bill was discussed in the legislature. 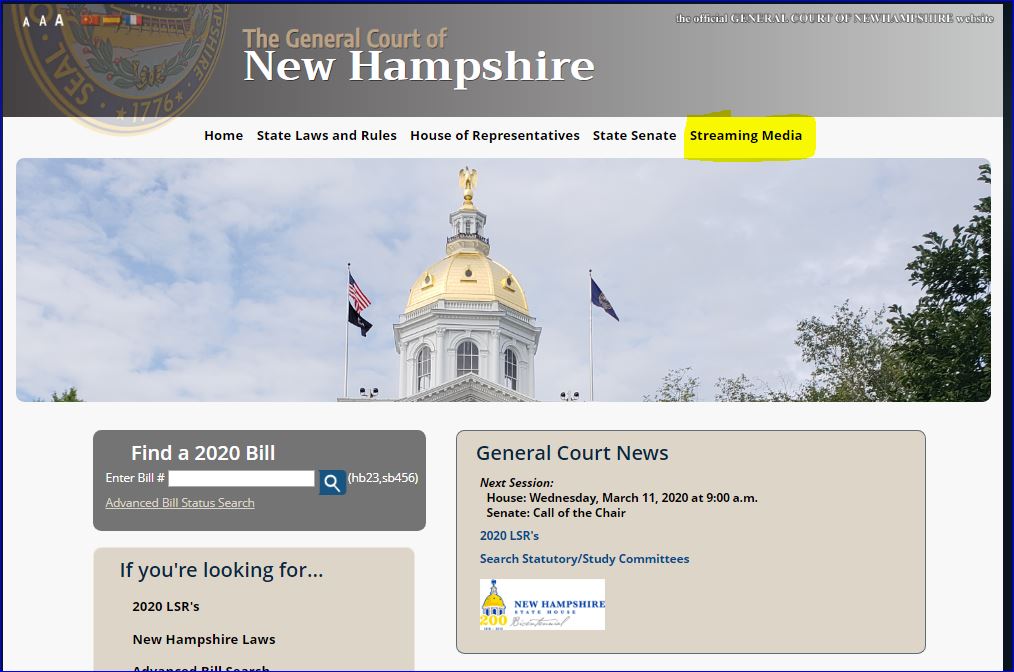 Who? What? & How?
The 11 Federal Holidays: What, When, Why, And How These Days Got To Be Holidays
FDLP Library Shelfie Day @ the NHLL
HeinOnline: Secrets of the Serial Set
Open to the Public

Enter your e-mail address to receive notifications of new posts by e-mail.