Prior to the publication of the NH RSAs in 1955 there were several other statutory compilations and codes. These earlier publications are often referenced in Source notes.  Find them in print at the Law Library, the State Library, the State Archives, and some public libraries. Several have been digitized and are freely available online; the links are above. Email the Law Library if you need a copy of a statutory compilation that is not online.

As you look at the list below, notice that there are significant gaps - years -  in between new statutory compilations. To know what the law was at a given time, researchers had to start with the most recent statutory compilation and then look at each published volume of the session laws up to the year they were interested in. That would go on until the next compilation was published. The current code, the Revised Statutes Annotated, is kept up to date with pocket parts inserted into the back of the bound volume, stand-alone supplements, legislative pamphlets, and replacement volumes.

Source notes before 1955 (when the Revised Statutes Annotated was first published) look slightly different from those in the RSAs. Below are some examples and explanations.

Source notes in the Compiled Statutes are just after the chapter title and, very considerately, also appear at the end of the sections they modify. The notes refer to the Revised Statutes and/or chapter laws.

Source notes in the General Statutes, General Laws, and the first edition of the Public Statutes are in the margins next to each section. They include references to earlier codes, to chapter laws and, for the first time, to cases that have construed the statute. There are also brief tag lines summarizing the content of the section. The example below is from the General Laws. The case cites are a combination of Roman and Arabic numbers. lvi, 441 refers to Volume 56, page 441 of the N.H. Reports. 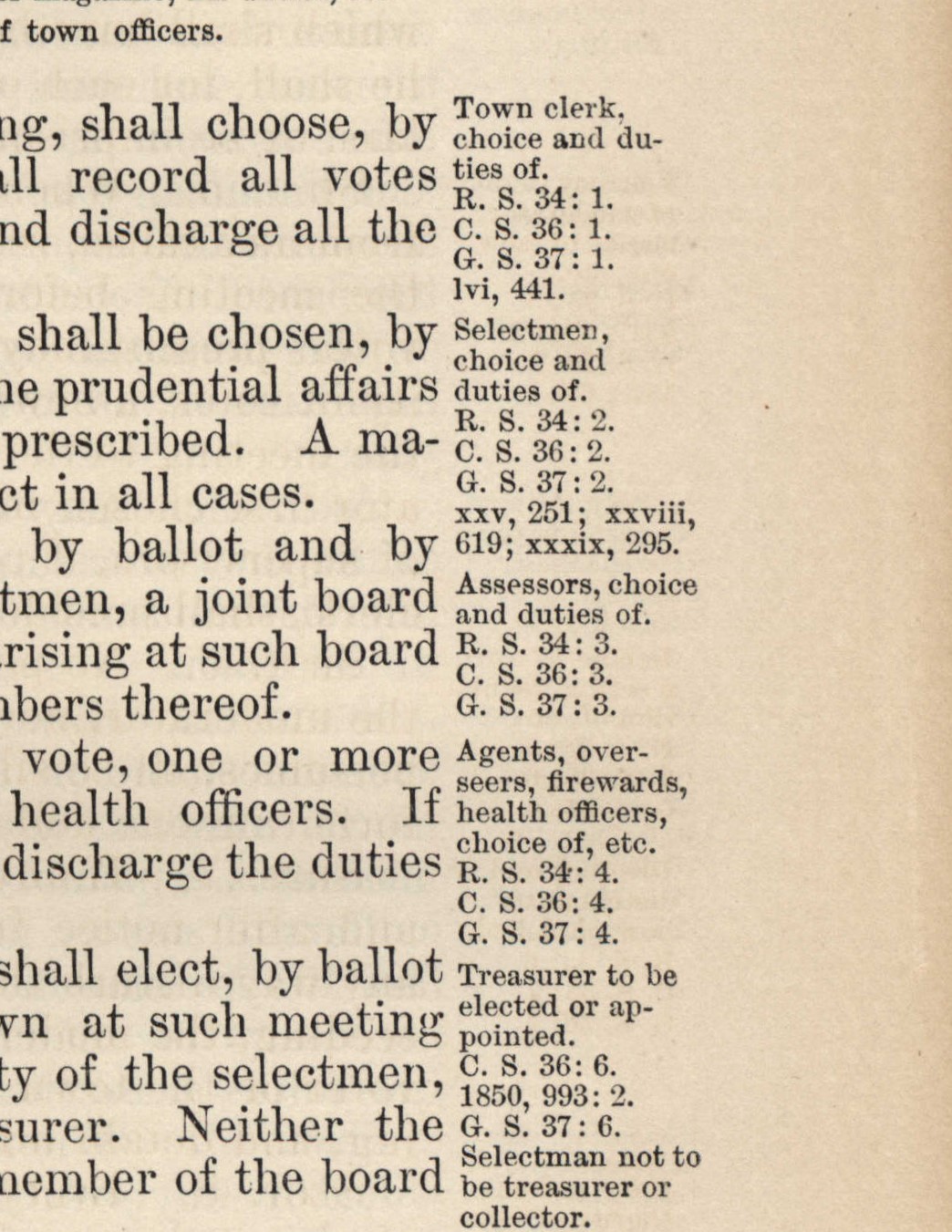 The 1901 edition of the Public Statutes continued with source notes and case references in the margins, but also included source notes at the beginning of some sections. Those source notes refer to legislation passed since the original 1891 edition. You can see an example  in the second photo below.

Also shown in the photos are examples of an early citator. Small pieces of paper with case citations and chapter law references have been pasted into the Law Library's copy of the 1901 Public Statutes. You can also find these in old case reports. These were called "Adhesive Annotations" and eventually became Shepard's Citations. 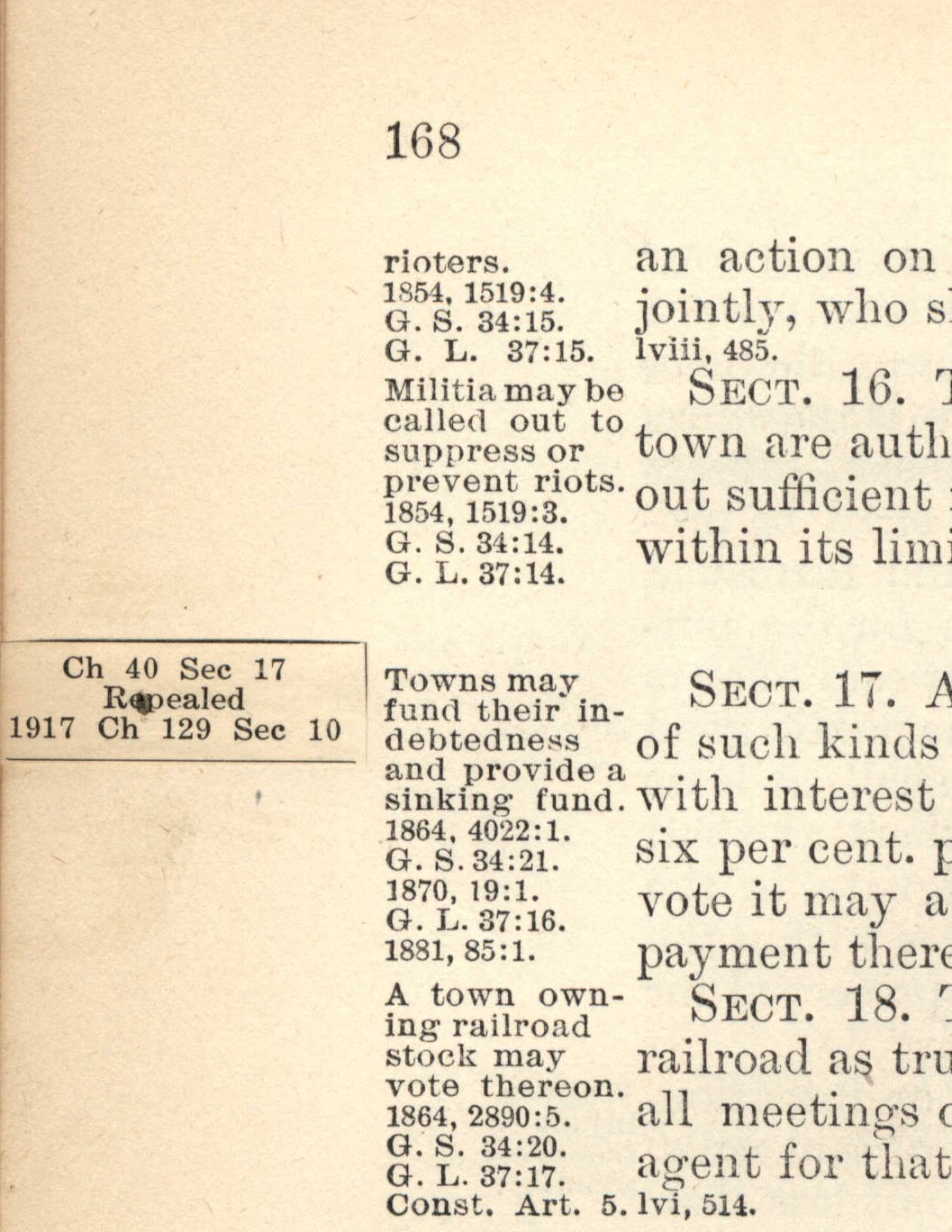 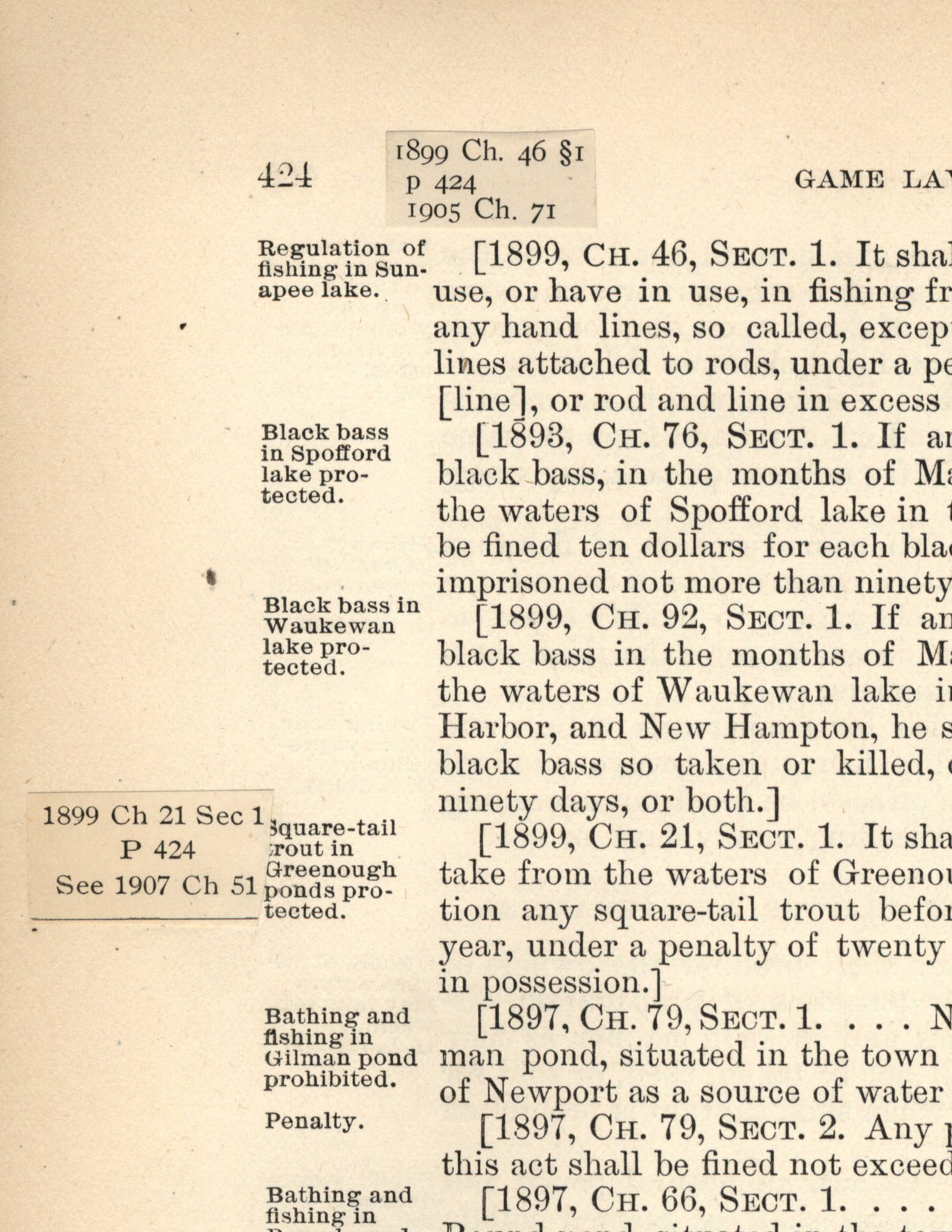 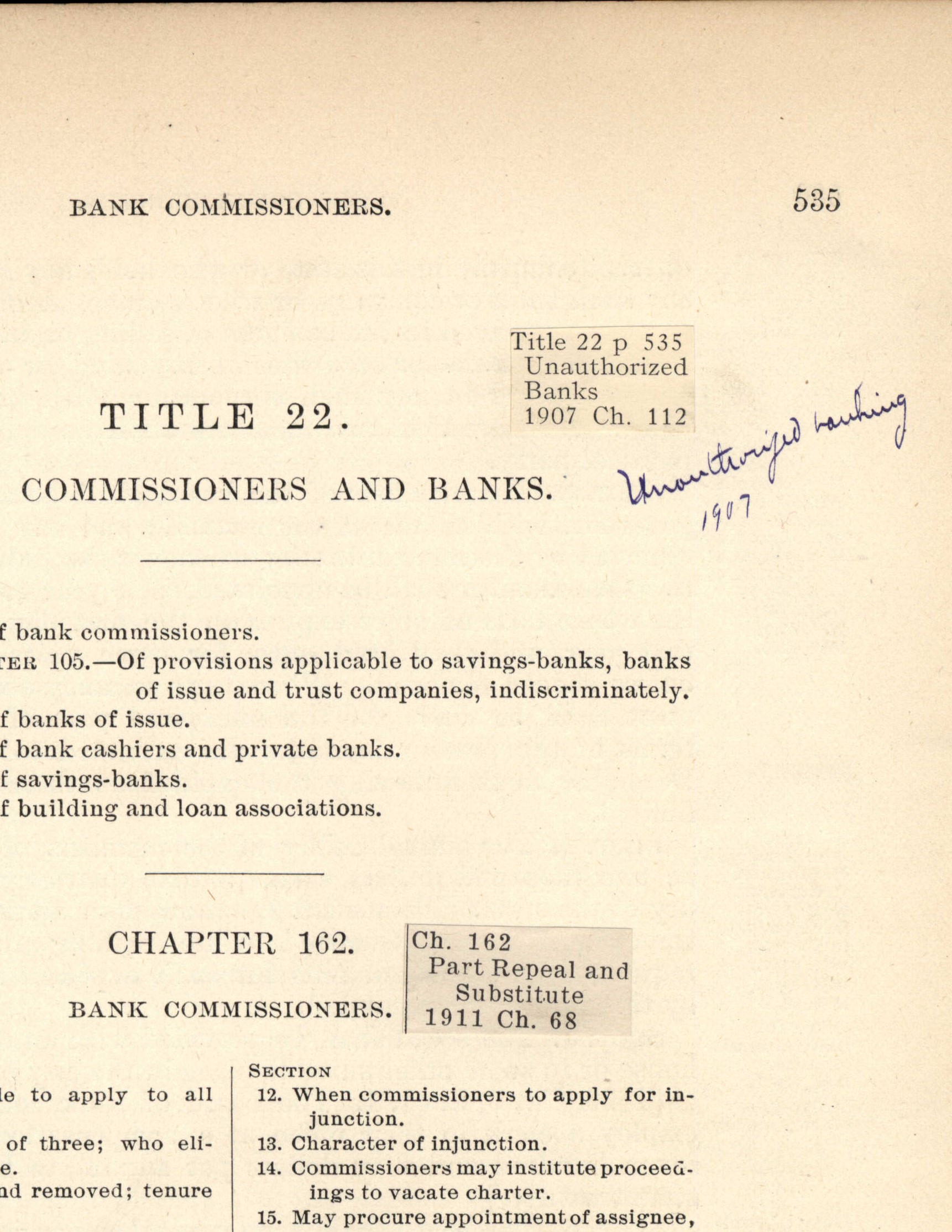 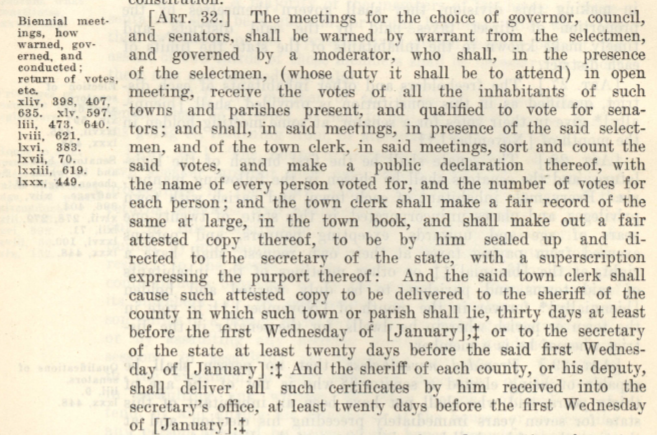 In The Revised Laws, the source notes appear after the statute sections and still combine references to older codes, chapter laws, and cases, but the format of the case references has changed. Instead of a combination of Roman and Arabic numerals, these cites use all Arabic numbers. In the example below 90-546 refers to Volume 90, page 546 of the N.H. Reports. Note the unusual reference to the Massachusetts General Statutes. Eventually, that cite was dropped from the Revised Statutes Annotated.

In the Constitution, case law references have moved to the end of articles while the tag lines remain.